Nearly 20 foreign universities, educational organizations and professional associations attended the event, along with more than 20 domestic universities and 30 partners.

In the summary report about 25 years of construction and development, Dr. Tran Trong Dao - Acting President of the University highlighted 10 important achievements of the 25-year journey and thanked the organizations, State agencies from the central to local levels, amicable partners at home and abroad for accompanying and supporting the University during the past time.

On this occasion, the President of Lao People’s Democratic Republic awarded the Third-class Labor Medal to Ton Duc Thang University’s collective, the Second-class Labor Medal to Dr. Tran Trong Dao - Acting President to acknowledge the important contributions of the University in training high-quality human resources for Laos, contributing to the development of the special relationship between the two countries.

The representative of THE World University Rankings, Mr. Ritin Malhotra - Director General of the Asia Region awarded the ranking certificates to the University.

At the ceremony, Mr. Nguyen Dinh Khang highly appreciated the achievements of the University. On this occasion, the Vietnam General Confederation of Labour presented the emulation flag with golden words “Solidarity, Innovation, Sustainable Development” to the University.

Besides the ceremony to celebrate the 25th Founding Anniversary, many other events were also organized such as the International Business Forum on Trade, Investment and Tourism; International Education Cooperation Forum, Ton Duc Thang University Traditional Day, 25 years - Returning day of alumni, and many other meaningful activities. 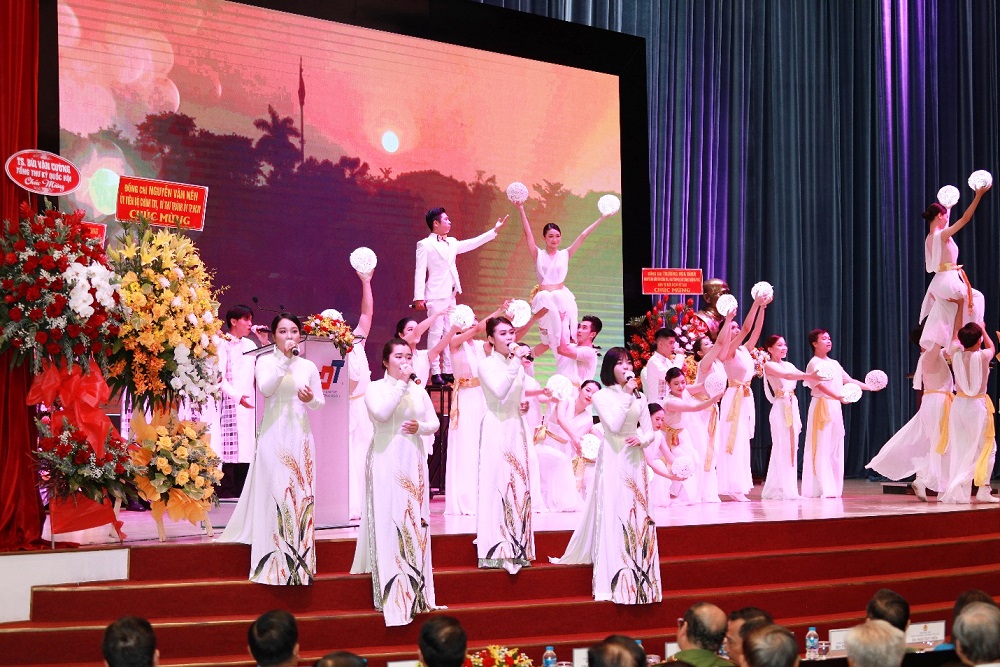 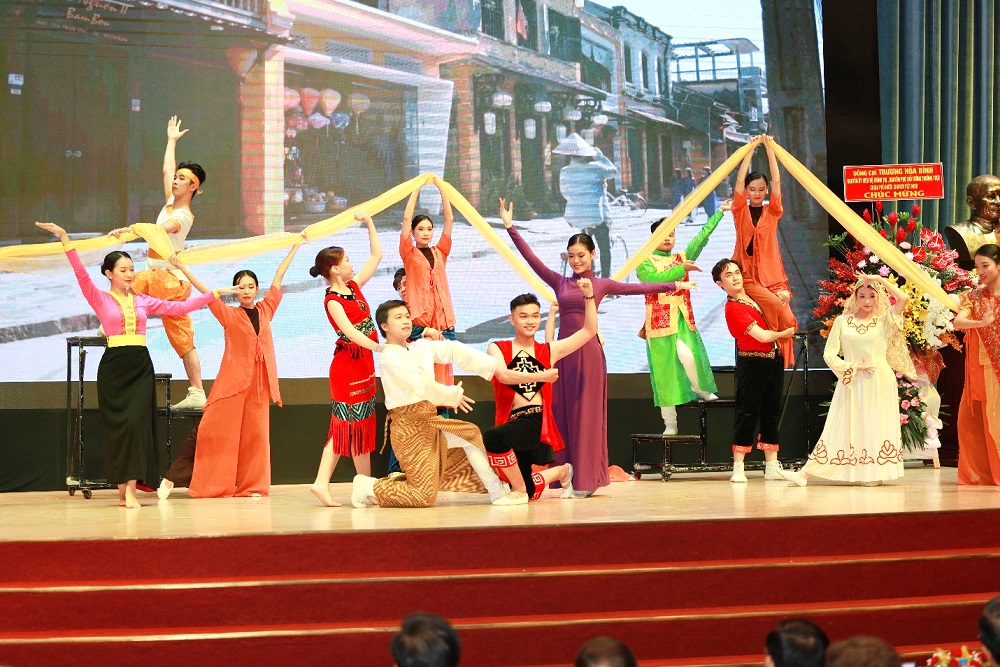 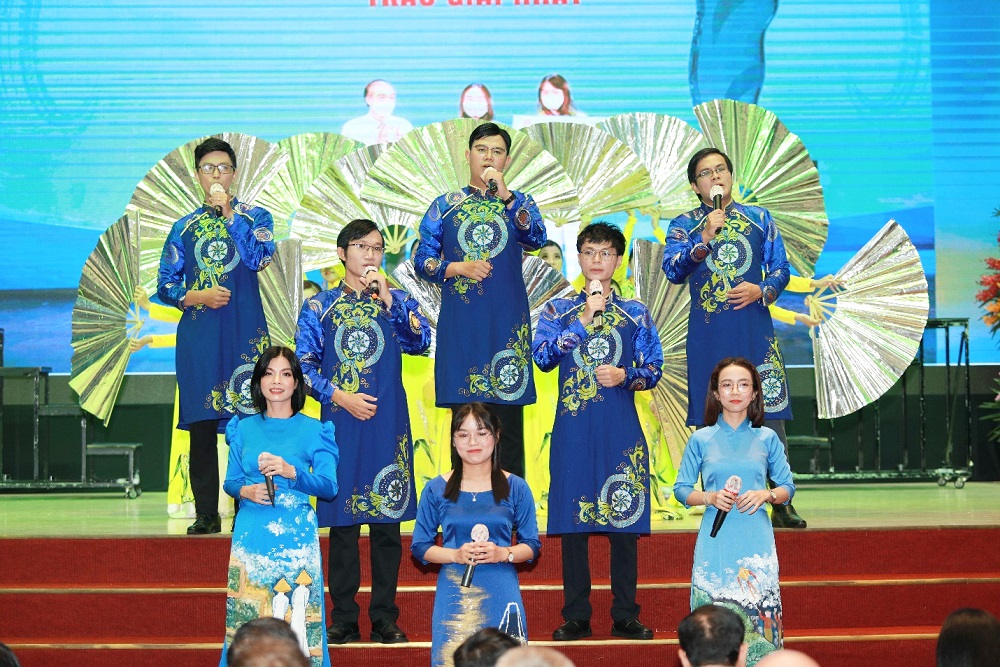 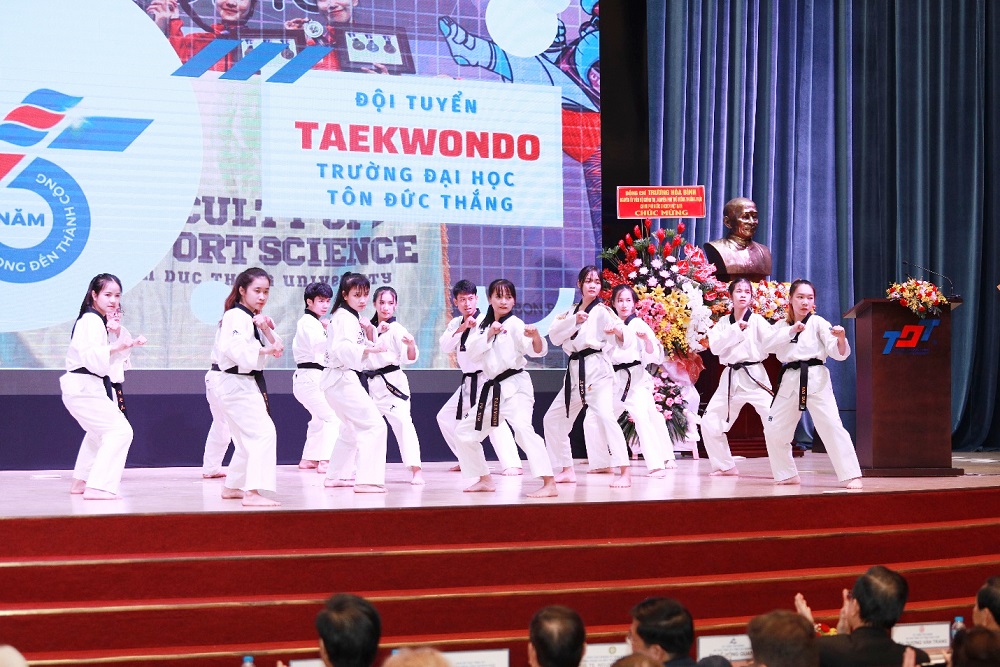 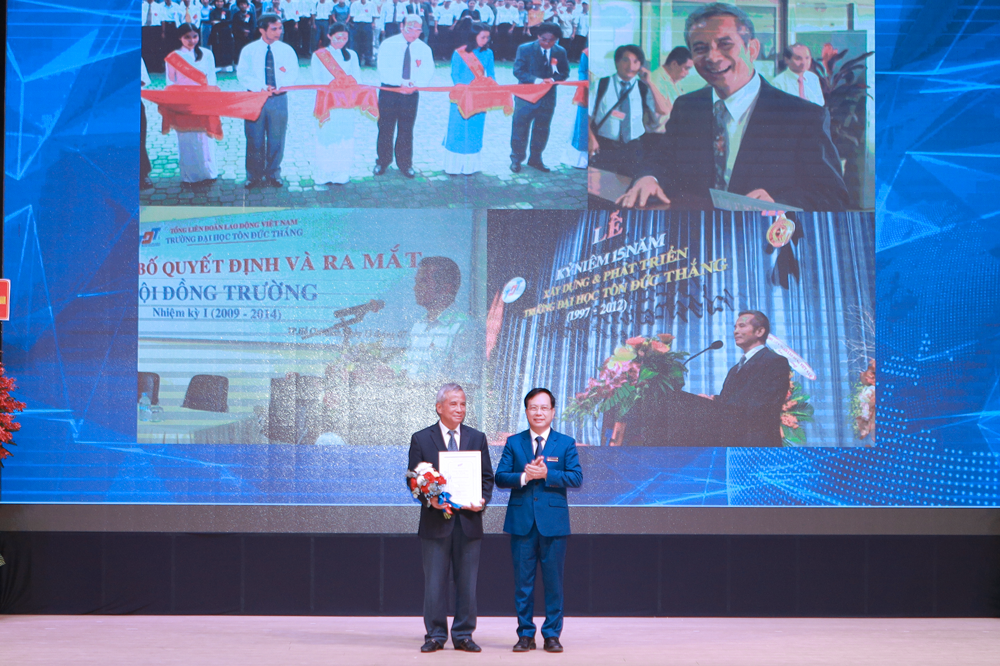 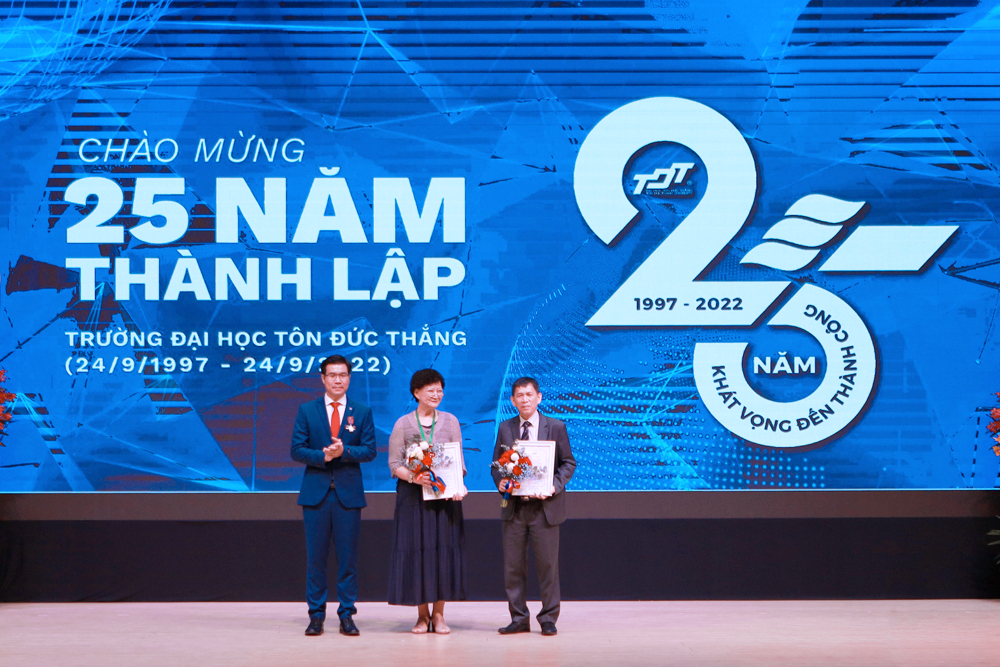 Presenting the 25 year’s award to individuals and collectives for their important contributions to the development of the University. 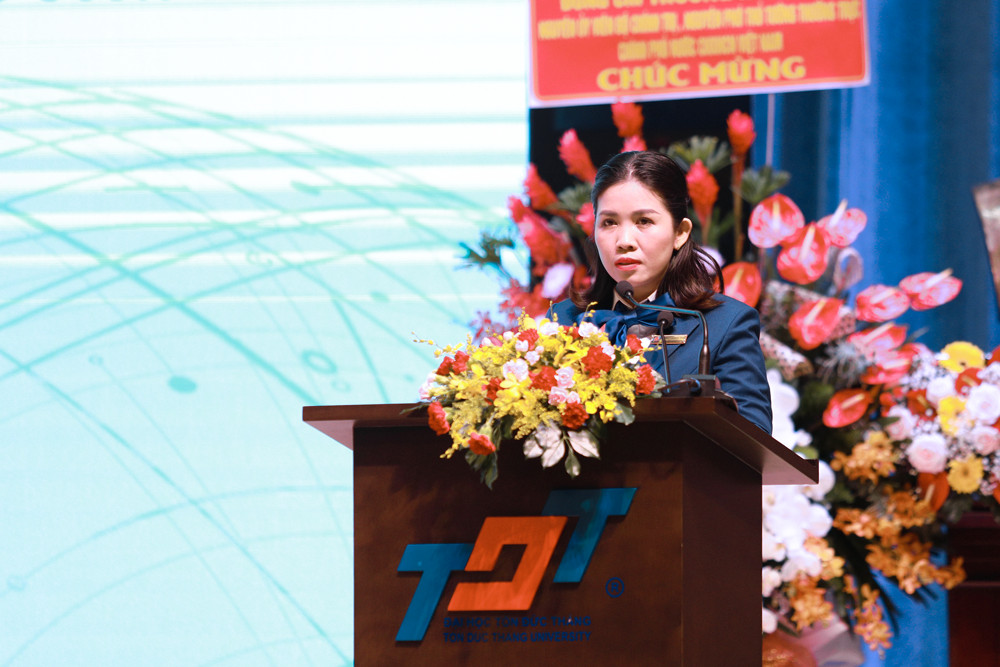