UI GreenMetric World University Ranking (UI GreenMetric) has just announced the results of ranking the world's most sustainable universities in 2019.

In this year ranking, Ton Duc Thang University (TDTU) has increased by 17 places compared to the ranking in 2018, currently ranking at 165th (with a total score of 6325) among 780 universities participating in UI GreenMetric's list of the world's most sustainable universities in 2019. Leading the rankings are still the universities of Wageningen (Netherlands), Oxford (UK), and California, Davis (USA). 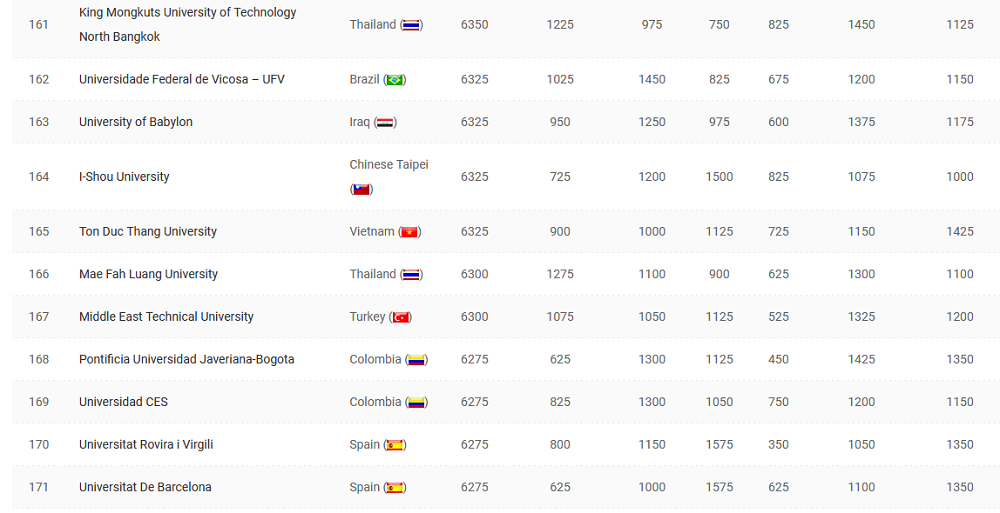 This is the fourth year TDTU has reached Top 200 of the world's most sustainable development universities and is the second consecutive year that Vietnam has two representatives in this ranking (TDTU Top 200 and Tra Vinh University Top 300).

UI GreenMetric is the first and only organization in the world to rank universities according to the criteria of building and developing sustainable universities that are friendly to nature and the environment. In addition to the criteria of previous years, a notable point in UI GreenMetric's 2019 criteria system is that the criteria have been revised to increase the difficulty, including the addition of a Building Management System (BMS) criterion. Clear evidence in the form of detailed data is also required.

The promotion of TDTU to rank 165 proves that the University attaches great importance to sustainable development and fulfills its commitment to building campuses that are modern and in harmony with nature. TDTU makes a concerted effort to save and preserve resources, and emphasizes green growth to protect the environment and the Earth.