According to the announcement of the QS World University Rankings (Quacquarelli Symonds), at 3:00 A.M. Vietnam Time, November 27th, 2019, Ton Duc Thang University (TDTU) Vietnam has been ranked 207 in Asia in 2020. TDTU is in the same rank with many famous universities of Japan, Korea and China such as Kyushu Institute of Technology, Chungbuk National University and Wuhan University of Technology. 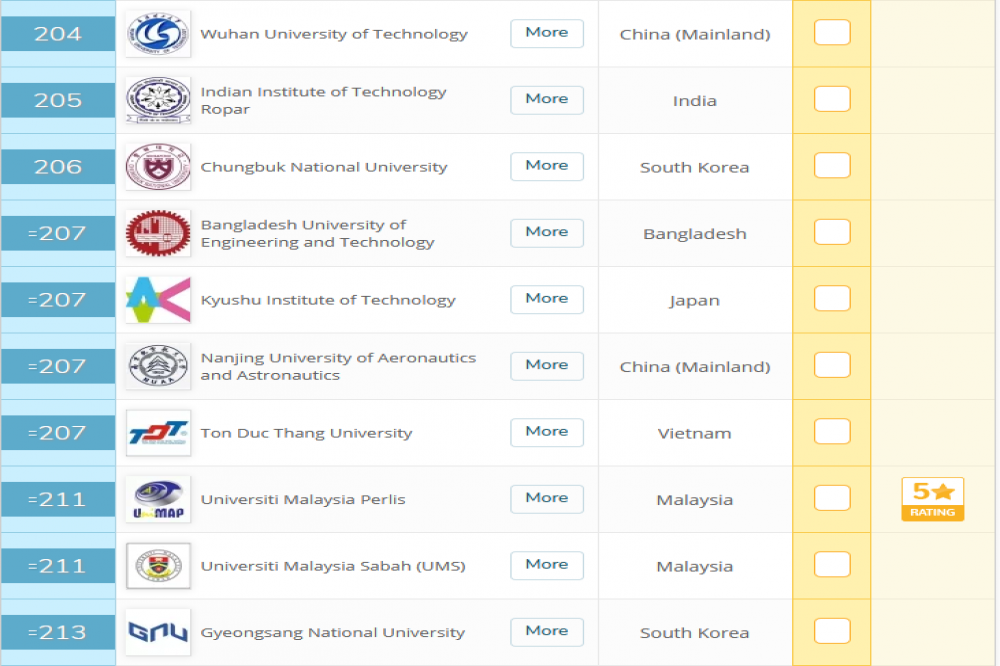 As we can see in these rankings, when comparing TDTU with other regional universities of the same rank, it is clear that we are on the right path thanks to the implementation of student-centered education and successful development of TDTU into a research university. 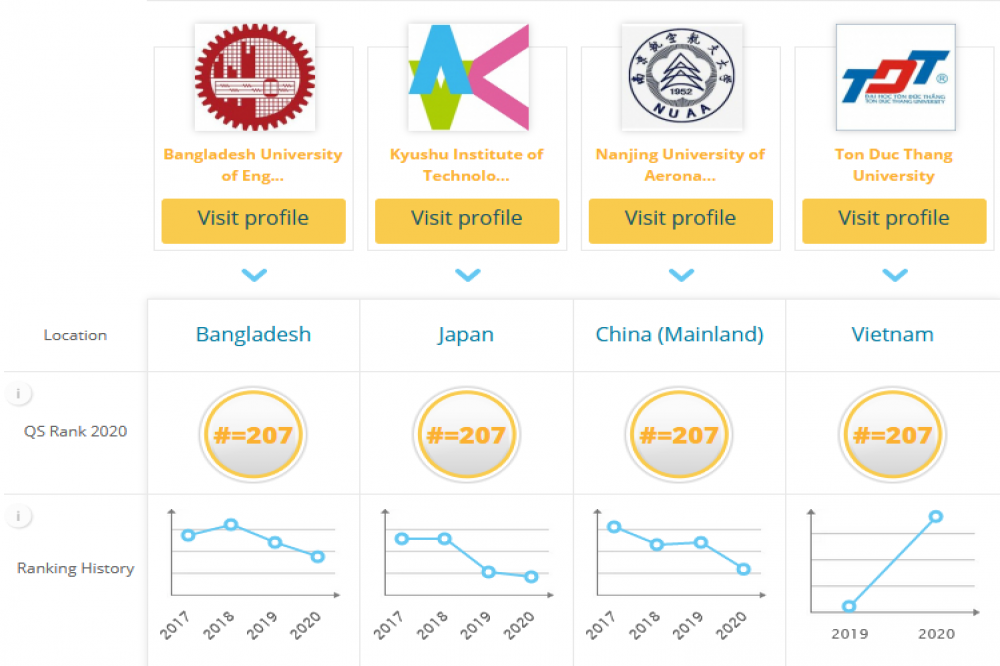 As a result, it can be seen from the Ranking History Chart (above) of the QS Asia Rankings 2020, the three universities with the same rank as TDTU have been on a decline in the past 4 years. This shows that the maintaining the rank is very difficult, not to mention how to increase the rank over the years. TDTU was only ranked in 2019 and 2020; but between 2019 and 2020 TDTU has risen in a drastic way, (84 ranks between the previous year and this year). This is a very rare thing, but it is not strange because TDTU has invested in education, science, technology, and internationalization methodically and effectively in the past 10 years and now that continuous and consistent effort is beginning to pay off. 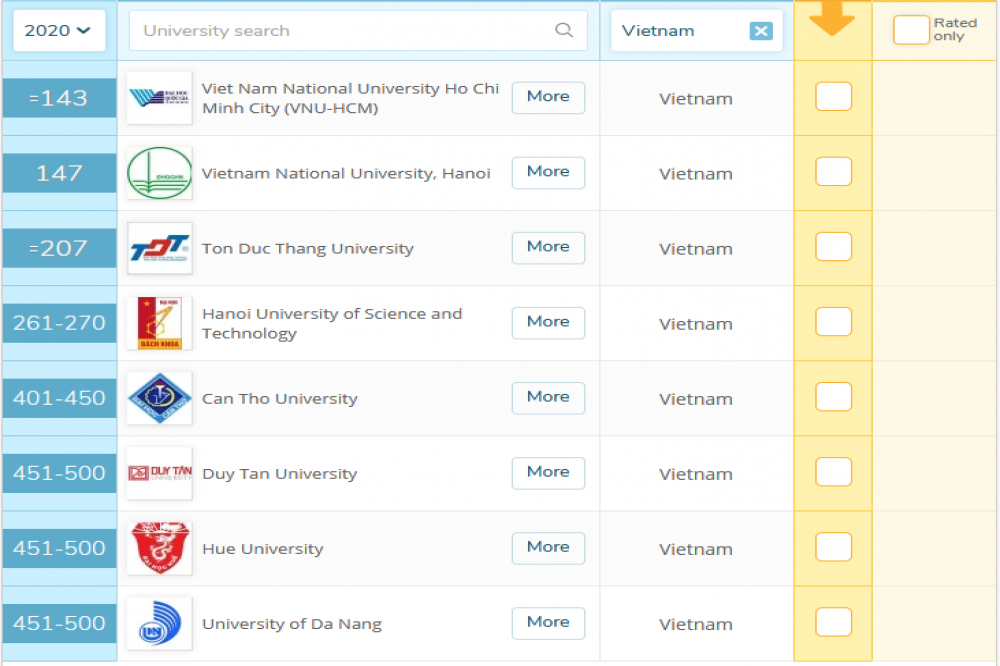 When considering a number of specific criteria, TDTU outperforms VNU-HCM and VNU-HN in terms of important research indicators such as Papers per Faculty (number of articles / lecturers), Citations per paper (number of citations / article), International Research Network, International Faculty (foreign lecturers), Inbound exchange (national exchange students), and Outbound exchange (international exchange students). In contrast, TDTU is behind the senior universities for the top four criteria, mainly in the prestige and prestige vote in social community, businesses and foreign experts.

In addition to the above, TDTU is also ranked #1 in Vietnam and 901 in the world by Academic Ranking of World Universities (ARWU). The ARWU is a prestigious publication with a very high academic standard used in their rankings.