On May 16th, 2020, the University Ranking by Academic Performance (URAP) announced the results of ranking universities by Field Based Ranking in 2020. According to the results in this Table, Ton Duc Thang University (TDTU) has made a remarkable progress compared to 2019; and there are 10 fields/field groups ranked in the top 400, 500; and some in the top 600-900 of the world.

In this Table, TDTU's Civil Engineering Field has grown impressively to rank 373 in the world; right after Kyushu University and Nagoya University of Japan; and standing on the National Central University of Taiwan. 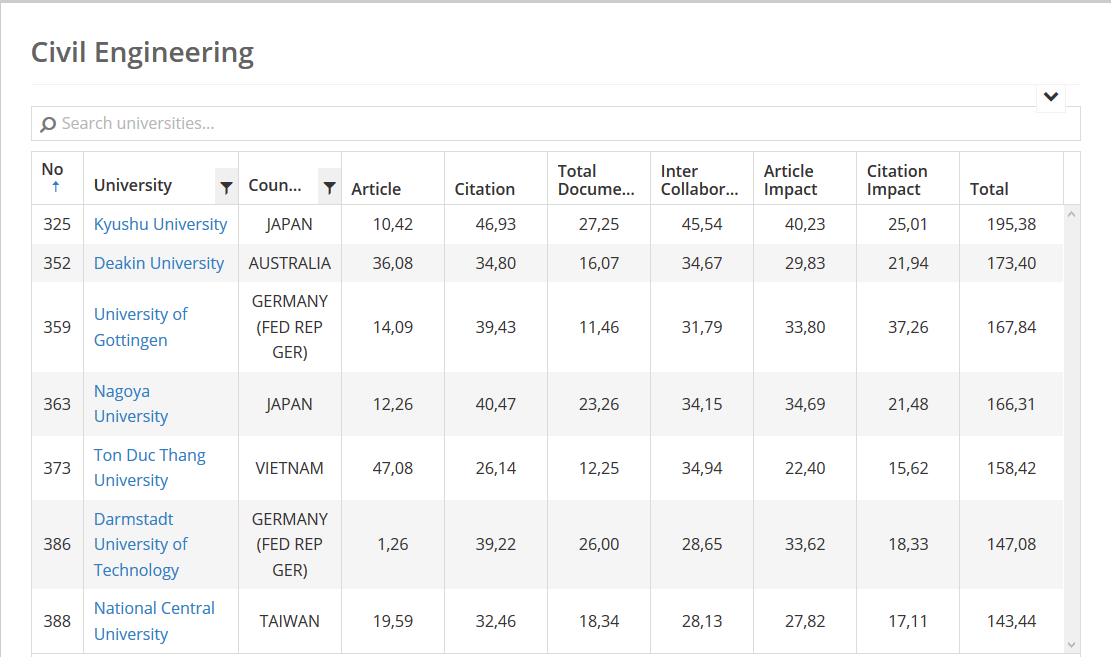 Other fields/field groups such as Information & Computing Sciences, Chemical Engineering, Mathematical Sciences, and Engineering of TDTU are all in the Top 500 of the world ranking.

All of the above fields/field groups of TDTU are ranked No. 1 in Vietnam, except Physical Sciences ranked 2nd after Vietnam National University, Hanoi.

URAP uses scientific and educational data about all universities listed by Web of Sciences to make rankings. The criteria of quantity and quality of scientific works, citation index and scientific influence account for the largest part in the measurement process. The system neither uses data provided by universities themselves nor relies on the results of expert votes. These things make the ranking results become absolutely objective.

TDTU is a young university in Vietnam, founded in 1997; but with excellent university governance, even though there is no state budget to finance recurrent spending and investment; the University still develops very fast and spectacularly. TDTU aims to become the elite research university in the TOP 500 best universities in the world within the next 5 years.